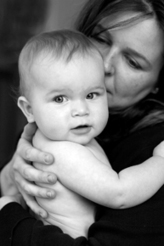 New research is finding that oxytocin doesn’t just bond us to mothers, lovers, and friends—it also seems to play a role in excluding others from that bond.

It’s been called the cuddle hormone, the holiday hormone, themoral molecule, and more—but new research suggests that oxytocin needs some new nicknames. Like maybe the conformity hormone, or perhaps the America-Number-One! molecule.

Where does this many-monikered neuropeptide come from? Scientists first found it in mothers, whose bodies flood with oxytocin during childbirth and breastfeeding—which presumably helps Mom somehow decide that it’s better to care for a poopy, colicky infant than to chuck it out the nearest window. And, indeed, one study found a shot of oxytocin more rewarding to rat-mommies than a snort of cocaine. (Don’t worry, Dads: You can also get some of that oxytocin action.)

Seventeen years ago today, in the Boston Globe Magazine, a dying man issued a plea for greater compassion in medicine. He worried that medical professionals faced increasing work demands that prioritized efficiency over empathy.   Kenneth Schwartz…

by Ken Stern and Cary NelsonWe sympathize with the students who say they are being forced to “choose sides,” when they insist they want to be both pro-Israel AND pro-Palestinian, but there is little space for them on campus. These students …

The act of empathy feels sacred to me, it is holding space for others to unfold. All humans are empathic, if they don’t demonstrate it it’s because they have learned to shut it down. The only way to open them up again is to create safe spac…

They all fall into the category of those who help and support others — but often, do not get the help and support that they need, according to Cherie Castellano, the driving force behind the creation of three Central Jersey-based peer-to-peer sup…