Home » News » Feeling Empathy? You May Emphasize More With Attractive Others 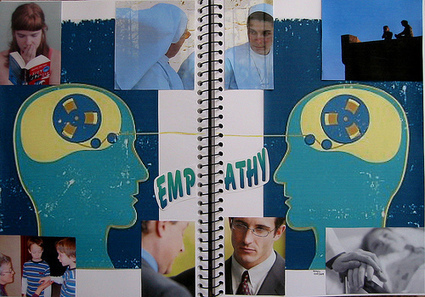 New research by Müller et al. (2013) introduces another dimension to empathy. Empathy may not be as malleable as previously thought. The authors have shown that the expression of empathy through imitation may be influenced (i.e., moderated) by attractiveness. Simply put, people seem to emphasize more with attractive others than unattractive ones. Specifically, their studies showed that participants were more likely to imitate the behaviours of an attractive person.

Prior research has shown that people emphasize more with people who are similar to oneself. People high in empathy have been shown to be more willing to help similar people than people who are different from themselves. Brain studies have also shown group membership to play a significant role in empathy.

Empathy is a beautiful thing: Empathy predicts imitation only for attractive others.
http://www.ncbi.nlm.nih.gov/pubmed/23786165

By  Leann Harris What is Self-Compassion?Self-compassion allows us to do something truly healthy for ourselves. It’s my antidote to shame. Instead of the voices in my head belittling me and making me feel worse, I’m extending to …

Approaches to Design with EmpathyThere are several techniques for empathy in design; however, Kouprie and Visser (2009) try to categorize them into three main categories that will be presented here.First of all, the most popular and accepted approach i…

Empathy is a fashionable topic, but the discussion surrounding it is often a bit touchy-feely, short on rigor.  In contrast, I recently came across this excellent TEDx talk by Helen Riess delivered at Middlebury a bit over a year ago.&nb…