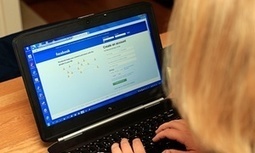 Mark Zuckerberg has just announced Facebook’s latest innovation: the introduction of an “empathy” button as an alternative to the thumbs-up “Like” icon that accompanies every post. The plan, he says, is to create “a quick way to emote” so people can register their response to anything from personal tragedies such as a death in the family to political tragedies such as the refugee crisis….

Empathy must matter if it’s got Facebook’s attention. But what is it? As psychologists will tell you, it’s the ability to step into the shoes of another person, understand their feelings and perspectives, and – crucially – to use that understanding to guide our actions.

Can Adults Learn Empathy?  “The best and most beautiful things in life cannot be seen, not touched, but are felt in the heart.” Helen KellerSee it on Scoop.it, via Empathy and Compassion

Empathy is more than the garden variety definition of being able to “walk in the shoes of another”: as Taylor points out, “It’s the ability to make a psychic and emotional connection with another person, to actually enter into t…

Philosopher Roman Krznaric interviewed about his new book Empathy: A Handbook for Revolution on Chanel 4’s SundayBrunch. Recorded 6th July, 2014 www.romankrznaric.comSee it on Scoop.it, via Empathy and Compassion

How compassion can help bring an end to bullying and unwanted aggressionBelow, I detail eight ways to help your child and/or student develop compassion both as a character trait and a behavioral style:1. Walk the Talk…2. Put the Child on th…