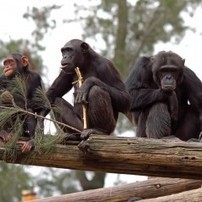 Our ability to sympathize and empathize with each other has been regarded by scientists at Warwick Business School as genealogic traits derived from the likes of our closest neighbor, the chimpanzee. Some aspects of human emotion are so basic that I often consider it pure blasphemy that some still haven’t caught on to it. Most of these emotions revolve around the concept of empathy, but can also be things like jealousy and malice.

Are we dignified as a species to tread around the Earth with our inalienable right to behave in such an ignorant and inconsiderate manner? As another human being, I dare say no.

Empathy matters. And it needs to be taught in schools. I’ve seen, read and written this before, but I wasn’t quite convinced until earlier this week when I plugged into an episode of “This American Life” on a bus to New York City…    Empath…

Press Release– According to a new study, empathy is something that can be learned and taught. The research was conducted at the University of Cambridge and the results were published in the Psychology of Music (July 2013). The lead author of the …

Tenzin Gyatso, His Holiness the 14th Dalai Lama of Tibet, the spiritual leader of Tibetan Buddhism and winner of the 1989 Nobel Peace Prize, will speak at two events on Charlottesville’s Historic Downtown Mall, and the content of his lectures wil…