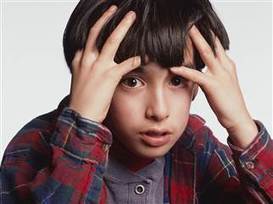 “It’s a very tricky thing to recognize that people are deliberately hiding what they mean,” Pexman says. “Children have to listen and look beyond the words to what’s in the mind of the speaker and the emotion they’re trying to convey. Empathy seems to help children get beyond the literal meaning of the words.”

Pexman and her colleagues wondered why some kids got the joke earlier. They suspected that children who were more empathetic might be quicker to recognize the contradiction between what was being said and the tone and expression of the person saying it….

When the researchers correlated the empathy findings with the responses to the puppet shows they saw a clear role for empathy: the more empathetic kids were, the more likely it was that they’d correctly identify sarcastic comments in the puppet shows.

Even if guns were to vanish, the specter that haunts our young men would still hover in silence, darkly.A partial solution to these toxic circumstances could be a coordinated cultivation of what might be called an empathic habit. Most people surely fel…

Compassion training extends beyond helping you feel more empathy and concern for others. It includes the development of:The strength to be present with sufferingThe courage to take compassionate actionThe resilience to prevent …

If we humans didn’t cooperate with one another, we couldn’t survive. Not being particularly strong or fast, with poor eyesight and hearing relative to other creatures, and with jaws and teeth too weak to do much good at tearing, i…

Empathy is the lifeblood of any system of health—it gives us all a shared stake in being healthy and helping others to thrive as well.Building empathy has been a critical strategy in my household of late—not only because it helps motivate t…