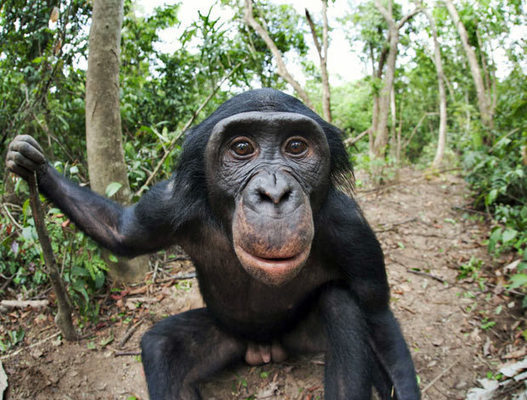 Why do we have empathy? Why do we rush to another’s aid? Why do we put our arm around others to support them?

Empathy comes naturally to a great variety of animals, including humans.

In his work with monkeys, apes and elephants, anthropologist Dr. Frans de Waal has found many cases of one individual coming to another’s aid in a fight, putting an arm around a previous victim of attack, or other emotional responses to the distress of others. By studying social behavior in animals — such as bonding and alliances, expressions of consolation, conflict resolution, and a sense of fairness — de Waal demonstrates that animals and humans are preprogrammed to reach out, questioning the assumption that humans are inherently selfish.

Empathy is one of the most widely-discussed skills in the modern workplace, but exactly what is it? What is the difference between empathy and sympathy? What is too much empathy? How can we get in touch with our own innate empathic abilities and become…

Host Charity Nebbe talked with Pruetz to find out more about the way these primates develop and use tools, and how their cultures form. She learns about a time when the chimpanzees helped Pruetz navigate a raging wildfire. Pruetz also shares a story ab…

Young children have a very underdeveloped ‘theory of mind’. In essence this means that they have a hard time understanding the viewpoint of others. They struggle to understand how others are feeling, particularly if it differs from what they themselves…