Home » News » Empathy as Antidote to Bullies and Demagogues – 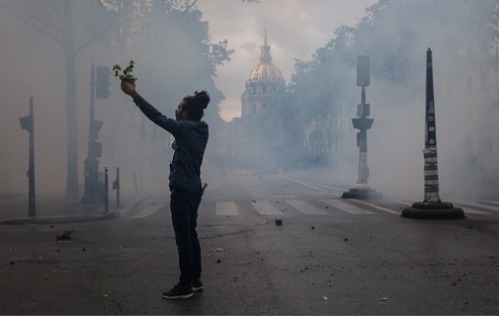 As former Utah Republican Senator, Bob Bennett, lay dying at George Washington University Hospital in his battle with pancreatic cancer and then partial paralysis from a stroke, he called his wife Joyce and son Jim over to his bed to express his last wish. Quietly and with a slight slur in his voice he said:

“Are there any Muslims in the hospital? I’d love to go up to every single one of them to thank them for being in this country, and apologize to them on behalf of the Republican Party for Donald Trump.”

…Empathy, however, has always been an antidote to the poison of prejudice, discrimination, stereotyping, and scapegoating, and to bullies and demagogues who take power and control. Empathy is the life force of our humanness, and Bob Bennett, for one, led his life by example.

May Bob rest in peace as we resurrect the empathy in us all.

Christmas, the words “peace on earth and goodwill to all” are more significant than ever. But in order to put these words into action, psychologists suggest that a person must feel empathy toward strangers – a quality not everyone possesses. A new stud…

Larry Young from Emory University, who studies prairie voles, has seen this behavior again and again. To him, it’s a sign that the rodents are showing empathy.Such claims have proven controversial in the past. For example, in 2012, scientists at the Un…

Earlier this year, I had introduced you to “lifestyle philosopher” and Oxford University Professor, Roman Krznaric and his work on empathy’s role in our world today. He has released a new animation which is an amazing video that …

TORONTO, June 3, 2013 /CNW/ – Over 60 babies will gather to celebrate the conclusion of the past year delivering Roots of Empathy in classrooms throughout the Toronto District School Board (TDSB). Roots of Empathy Founder/President …