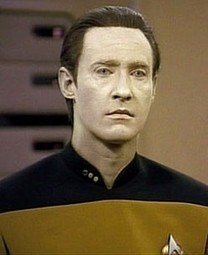 Last week, I wrote about a simple idea: far from being an automatic reflex, empathy often requires a choice to engage with others’ emotions.  Moreover, people often refuse this choice, because empathy can be challenging, painful, costly, or all three.  Instead of meeting these challenges, we often keep our distance from others’ suffering, tune out the opinions of people with whom we disagree, and generally empathize only when it is convenient….

Scientists long shared Roddenberry’s assumption that empathy is (1) automatic, and (2) stable.  Increasingly, I believe that a more important trait is not how good a person is at empathizing, but how motivated they are to engage with others in the first place.

One important message to not take away from this work is that the deficits associated with ASD and psychopathy are in some way these individuals’ fault.  Both conditions clearly involve early-developing differences in people’s responses to social cues.  However, broadly abandoning the idea of empathy as an automatic ability that people either have or don’t have—and instead viewing it as a choice—can change the way we can see these disorders, and the ways we think about treating them.

by Jamil Zaki is an assistant professor of psychology at Stanford University,

Stanford brought together educators and entrepreneurs at the first-ever Compassion and Technology Conference to discuss how to uplift humanity in a gadget-driven society full of distractions. Social entrepreneurs, engineers and scientists explore…

Transcript:One thing we must strenuously avoid is demonising another set of humans, or treating them as unequal. Quite apart from anything else, this leads to a collapse of empathy. What we need to do is expand the circle of those to whom we feel empat…

Renowned primatologist Frans de Waal argues that our own sense of morality can be traced back to our primate relatives.If you’re a Christian fundamentalist, you probably believe that morality comes directly from God (via a download of the Bible, to be …

In this presentation from the GGSC’s “Practicing Mindfulness & Compassion” conference, therapist and health care manager Robert McClure explains how mindfulness meditation can help sustain compassion for health care workers.See it on Scoop.it, via …