Home » News » Empathy and Prevention – a reply to Paul Bloom 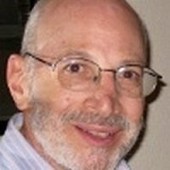 In the May 20, 2013 issue of the New Yorker Paul Bloom argues convincingly that policy should include more rational argument and less empathy. Empathy leads us to spend a million dollars to get a single little girl out of a well, and yet have to scrap over pennies for building a fence that keeps the girl out of the well in the first place. Empathy leads us to commit an outsized amount of research funds to a deadly disease that affects only a few people, while ignoring or underfunding research that would prevent diseases in the first place. Empathy leads us to worry about the effects of mitigation of global warming because of anecdotes about people who might be put out of business with greater regulatory efforts to reduce carbon emissions, while not being able to envision and prevent the effects on future generations (now a cliche).

Bloom is right about all of this. But he is wrong about his conclusion.

He writes (his final paragraph):

That’s what everyone says. “empathy” — I want me some more. but what does “empathy” mean? in relation to your work? There are all sorts of definitions. Most common is “be more sensitive.”which is nice, bu…

Surveys show that people have less empathy for battered human adults than they do dogs, according to a paper at the American Sociological Association…”Unlike survey research, experiments usually employ a homogenous sample in order to establish a caus…