This volume contains twelve original papers about the importance of empathy and sympathy to morality, with perspectives from philosophy, psychology, psychiatry, anthropology, and neuroscience.

An interdisciplinary volume that critically examines the idea that empathy or sympathy is central to morality
Brings together original papers in philosophy, psychology, psychiatry, anthropology, and neuroscience
Distinctive in its focus on the moral import of empathy and sympathy
Includes an extensive survey of empathy and empathy-related emotions

The relationship between empathy and morality has long been debated. Adam Smith and David Hume famously argued that our tendency to feel with our fellow human beings played a foundational role in morality. And while recent decades have seen a resurgence of interest in the idea that empathy or sympathy is central to moral judgment and motivation, the view is nonetheless increasingly attacked. Empathy is so morally limited, some argue, that we should focus our attention elsewhere. Yet the importance of our capacities to feel with and for others is hard to deny.

This collection is dedicated to the question of the importance of these capacities to morality. It brings together twelve original papers in philosophy, psychology, psychiatry, anthropology, and neuroscience to give a comprehensive overview of the issue and includes an extensive survey of empathy and empathy-related emotions. Some contributors argue that empathy is essential to core cases of moral judgments, others that empathic concern and moral considerations give rise to wholly distinct motives. Contributors look at such issues as the absence of empathy in psychopaths, the use of empathy training for rehabilitating violent offenders, and the presence of empathy in other primates. The volume is distinctive in focusing on the moral import of empathy and sympathy.

Barack Obama’s decision to support gay marriage was a rare act of empathy in this presidential election.   ..the thing Obama does at his best: He listens. My oracle at Facebook tells me that many of us think that is also precisely the thing …

At the world’s first International Symposia on Contemplative Studies held this April in Denver, it seemed as if the emerging field of meditation research had finally come of age. The gathering brought together research pioneers Jon Kabat-Zinn, Richie D…

This interdisciplinary symposium invites scholars, filmmakers, mental health practitioners and consumers to explore questions about representations of mental illness in film and television across two days of papers, screenings and workshops. The sympos… 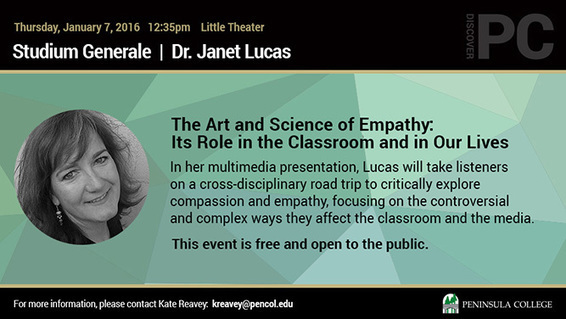 A Dissertation: NOT JUST A FEELING ANYMORE: EMPATHY AND THE TEACHING OF WRITING

Empathy has been studied in composition since the 1960s, although it has not yet been adequately defined or theorized. Compositionists tend to employ the common definition of empathy as a feeling of identification with others using the familiar metaphor “walking in another’s shoes,” derived from the liberal-humanist therapeutic paradigm of Carl Rogers and Abraham Maslow, which assumes a universal and transparent human experience.

The purpose of this study is to develop a theoretical framework for empathy, answering the question: what is the function of empathy in the teaching of writing?

CHAPTER 1 THE FUNCTION OF EMPATHY IN COMPOSITION

CHAPTER 3  EMPATHY IN OTHER FIELDS.

CHAPTER 4    A THEORY OF EMPATHY FOR COMPOSITION