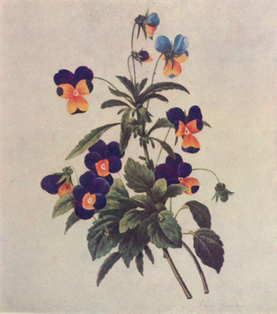 In my first post, I proposed that anthropology might be particularly well suited to thinking through the concept of empathy. In North America, “empathy” has come to be a prominent term across the caring arts. In areas ranging from self-help to health care, empathy seems to be something that can and should be cultivated. In 2006, President Obama declared that an “empathy deficit” was more pressing than a federal budgetary deficit.

The scale of this claim reflects an increasingly popular view of empathy as producer of solutions to large, complex issues. In his 2010 bestseller Empathic Civilization, American social theorist Jeremy Rifkin argued that “global empathic consciousness” could restore a global economy and solve climate change.

Tuesday in an interview with Ilana Dayan for Israel’s Channel 2 “Uvda” TV show,President Barack Obama said he believes the “direct line between the the Jewish experience and the African-American experience,” means African-…

December 07, 2013 KING 5 News    Pixeleap is a small company based in Aarhus (Denmark), they work on educational games for clients and als… EMPATHY and Why this Kolaveri, Kolaveri, Kolaveri di? – Wouldn’t the skill of EMPATHY help Dha…

‘Empathy and the Revolution of Human Relationships‘ – a public talk by cultural thinker and writer on the art of living and social change, Roman Krznaric. 28 Apr 20166.30pm to 8pmLVMH Theatre (E002)Central Saint Martins, Universi…