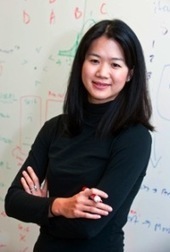 CHESTNUT HILL, Mass. (May 2013)–Is it permissible to harm one to save many? Those who tend to say “yes” when faced with this classic dilemma are likely to be deficient in a specific kind of empathy, according to a report published in the scientific journal PLOS ONE.

Philosophers and psychologists have long argued about whether there is one “right” answer to such moral questions, be it utilitarian ethics, which advocates saving as many as possible, even if it requires personally harming an individual, or non-utilitarian principles, which mandate strict adherence to rules like “don’t kill” that are rooted in the value of human life and dignity.

Kim Wright Publisher/Managing Editor at Cutting Edge CuttingEdgeLaw.com – What if Lawyers were Peacemakers, Problem Solvers, and Healers of Conflicts?    Edwin Rutsch – founding director of the Center for Building a Culture of Empathy.S…

Toddlers need loving guidance and they also need empathy and forgiveness.Children have a basic need to feel loved and accepted by their parents. As they learn how to balance curiosity, impulses and our expectations, toddlers will make mistakes and get …

According to a group of scientists from the Case Western Reserve University and Babson University, there is a clear demarcation between the parts of the brain utilized for religious belief and critical thinking. The study found that people who are more…