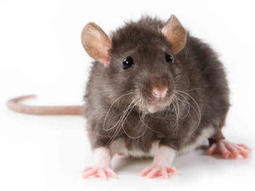 Prosocial behavior in rats is influenced by social experience and familiarity.

We can only hope these findings will be used to protect rats and other rodents from being used in horrific invasive research. Although it’s been known for more than five years that mice display empathy this has not been factored into a revision of the Federal Animal Welfare Act in the United States. Rodents and many millions of other animals who comprise more than 99% of the animals used in invasive research can still be greatly harmed or killed “in the name of science.”

Indeed, the Animal Welfare Act does not consider them to be “animals”. Only about 1 percent of animals used in research in the United States are protected by legislation and the legislation is sometimes amended in nonsensical ways to accommodate the “needs” of researchers.

https://www.facebook.com/EmpathyCenter/posts/924472567597406 I set up the Occupy Empathy Tent today at the Downtown Berkeley Bart Station. Talked to a wide variety of people and planted a lot of seeds. Have a couple of new banners of “Here to…

Empathy with others seems to be due to a type of brain cell called a mirror neuronChristian Keysers has a good way of making his point.  He shows his audience a clip from a James Bond movie in which a large, hairy spider is climbing over our hero’…

The Center for Creative Leadership did a study with data from 6,731 managers from 38 countries. Their study found that the ability to understand what others are feeling is a skill that clearly contributes to effective leadership. In some cultures,…

Jamil Zaki FounderEmpathy is a vital social “glue” that connects people, but it often wavers just when we need it most, such as during interactions with people from different backgrounds.  Empathy often falters when people encount…