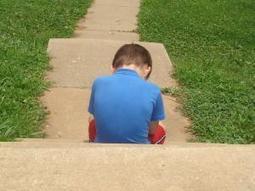 QUESTION: My first-grader doesn’t seem empathetic at all.
Last night at dinner, he happily mentioned how when he was introducing himself in a group, his thing that others didn’t know about him was that he hated his older brother. His poor brother looked stricken and almost burst into tears.

If you had asked me before, I would have said they had a very close, friendly relationship. Talking about it later, it was clear he had put zero thought into whether it would hurt his brother’s feelings. He’s good at identifying his own emotions but doesn’t seem to notice anyone else’s at all.

ANSWER: Empathy is such an important part of development, and you’re far from the first to ask why your child doesn’t show empathy.

In Chris Kluwe’s TED Talk, the former NFL punter shares his excitement that augmented reality will soon be everywhere. He focuses on the role it will play in sports, particularly for fans who want to experience the action in the shoes of the…

This video is about EmpathySee it on Scoop.it, via Empathy and Compassion

Dr. Stephen Porges, PhD explains how cultivating brain function can help develop empathy. Learn more about brain science, brain research, and how the brain works in NICABM’s Brain Science Series. Dr. Porges is one of many experts who explain the newest…

A growing body of research has shown multiple benefits of mindfulness, includinghelping smokers quit their habit, improving sleep quality, and even helping students score higher on standardized tests. Now, mindfulness training has b…