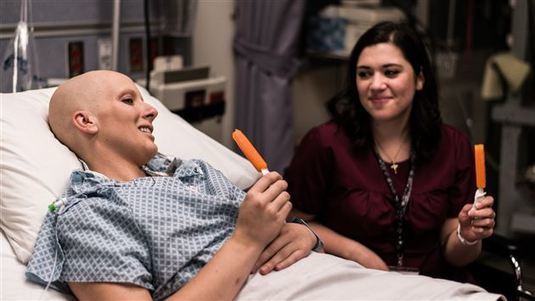 English professor Sally Shigley and Lauren Fowler, professor of psychology and neuroscience, starting working together, looking at the research on the neuroscience of empathy, and how to use it to train those in the medical field to be empathetic, Fowler said.

They measured students’ level of empathy after reading the play and then also after watching the 2001 HBO film of the same name. Fowler said before-and-after differences were much larger for those who saw the movie, since “When you see the person you sympathize more than if you just read about it.

Marketers should aim to relate to their audience in order to write articles that resonate with it, using empathy as a means to create better content.According to content marketing consultancy Stories by Emma’s Founder Emma Siemasko, empathy is un…

Right-wing media are using the Paris terrorist attack to falsely claim Hillary Clinton has encouraged empathizing with terrorists like the ones who carried out the attack.But conservatives’ attacks on Clinton are&nbsp…

Perhaps the reason I’m focusing on self-compassion today is as an act of forgiveness for the failure to write blogs these last months. I have been busy with clients, with my family, and with my drive to finish our new book (which we did this week…