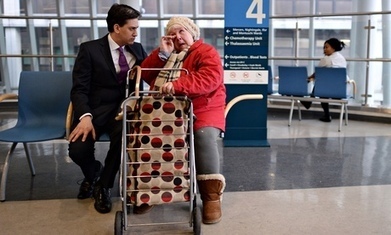 Laudable as it may seem that Ed Miliband is taking empathy lessons from some very learned academics, it’s not guaranteed to make him a better politician – or win him any votes, writes Julian Baggini

Spin doctors are out; bona fide professors are in. Or at least that’s how Ed Miliband’s office has spun his interest in the “politics of empathy”, which has led him to call on the services of one of the world’s leading researchers on autism, Simon Baron-Cohen.

In his book Zero Degrees of Empathy, Baron-Cohen describes empathy as a “universal solvent”, claiming that “any problem immersed in it becomes soluble”, including “political deadlocks”. He is not the only one to advocate the political importance of empathy. The American philosopher Martha C Nussbaum included it in her book Political Emotions, arguing that “the ability to imagine the situation of others, taking the other’s perspective” was required in politics to create “stable structures of concern”

Amid concerns about classroom bullying, educators are trying to incorporate anti-bullying and anti-violence programs into their curricula. In an effort to nurture empathy in children, some schools are using babies as teachers. VOA’s June Soh has more.S…

We maintain eye contact.  We listen well.  We lean forward. We repeat back what we are hearing.  We say “sounds like” as often as we can.  We listen with empathy and without judgment.  We immerse ourselves in t…

Tuesday night, Barack Obama won reelection because of one big reason: empathy. More specifically, he and the Democratic Party were more successful at expressing empathy than Mitt Romney and the Republicans.   I am obsessed with empathy. I have wri…