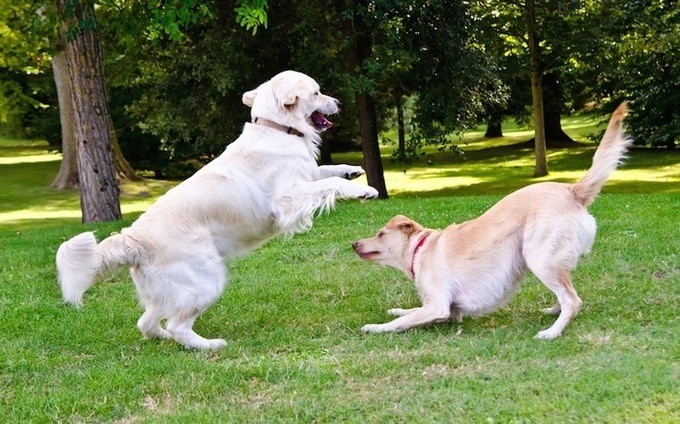 While playing, dogs mimic their furry pals more often than they copy strangers — a behavior that could reveal more about how dogs became man’s best friend, researchers say.

Mimicking behavior may underlie what scientists call emotional contagion, a basic form of empathy where one shares others’ emotions.

In people, chimpanzees, orangutans and other primates, emotional contagion is linked to facial mimicry, a fast automatic response where they involuntarily mimic others’ expressions.

Like primates, dogs are social animals — they use their eyes, lips, teeth, heads, tails and bodies in communicative ways. As such, researchers wanted to see if dogs also experienced rapid mimicry.

By Sachin MalhanSo when do we start holding this incredible power, and those who wield it, accountable for the preservation of our most cherished human values such as respect, equality and empathy? This is not a new question. It has been the muse …

Daniel Goleman’s new book, Focus: The Hidden Driver of Excellence, takes the idea even further. Understanding his “Empathy Triad” may help you become not only a better persuader but maybe even a better person as well. Golema…

A physician’s attitude and approach affect every aspect of medical care for patients and their families. An empathic bedside manner is no quaint relic of the past. To restore and ensure public trust in the medical profession, new generations of physici…