Home » News » Dogs Mimic Each Other’s Expressions, Too: dogs may be able to experience some form of empathy 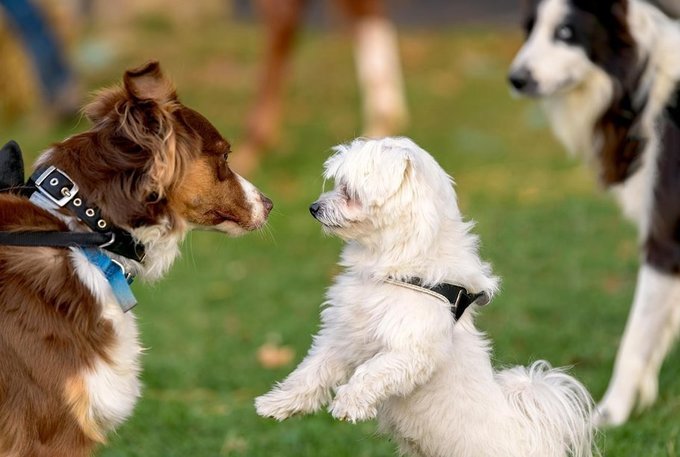 The behavioral findings hint that dogs, like humans, might be capable of their own form of empathy

Now Palagi and her colleagues have found that it’s not just humans and our close relatives who experience these empathy-building benefits. For the first time, they have demonstrated that dogs use rapid mimicry with other dogs to reinforce social bonds and get on the same playful wavelength…..

The findings hint that dogs may be able to experience some form of empathy, but more studies will be needed to explore that hypothesis. The researchers also hope to perform a similar study in wolves so they can investigate whether mimicry is a phenomenon found generally in canines, or if it developed particularly in dogs as part of the domestication process.

A recent Health Affairs blog post highlights empathy as a crucial element to good care and improved patient outcomes. …Medical schools and residency programs are actively addressing this problem. Many are working on better ways to teac…

A new books explores what happens when corporations turn compassion into a commodity. Every year, Avon, the cosmetics company, puts on a walkathon to help raise money for breast cancer research. The company raises a lot of money and it goes to a good c…

Two lines of evidence indicate that there exists a reciprocal inhibitory relationship between opposed brain networks. First, most attention-demanding cognitive tasks activate a stereotypical set of brain areas, known as the task-positive network and si…

Animals may be more capable of empathy than previously thought. This emotion is considered to be on a higher-level order because it requires a recognition of pain in others.Now, scientists have added the prairie vole to the list which already includes …