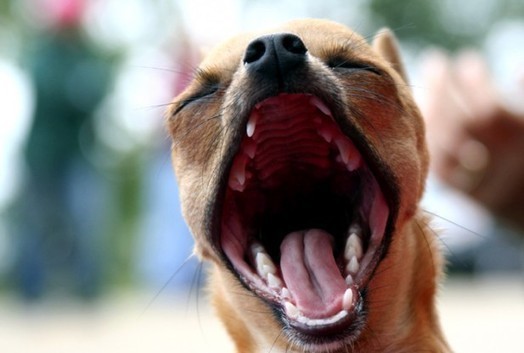 Do you ever notice that when you yawn, those who are around you tend to yawn as well? And vice versa? Well that contagious expression even crosses the species barrier, as dogs are also capable of catching yawns from humans.

But why dogs catch our yawns has been a mystery, until now. A new study has found that dogs yawn even when they only hear the sound of us yawning, the strongest evidence yet that our canine companions may be able to understand us.

The study, presented at the National Ethology Congress in Lisbon, and to be published in an upcoming issue of the journal Animal Cognition, found that nearly half of all dogs yawned when played a recording of a human being making such a noise.

After years of studying the history of Islamic art and museum studies, the activity at the Exploratorium was the first time Elif felt an exhibit enabled her to face her own behavior and how empathy clearly affected her day-to-day choices.Ever since, sh…

In order to empathize with another person, you have to recognize that he actually exists apart from and without specific reference to you. You must understand that she has a distinct identity and an interior life of her own, with which you might possib…

The ability to express empathy—the capacity to share and feel another’s emotions—is limited by the stress of being around strangers, according to a new study published today in the journal Current Biology…In the new study, Mogil and …

Researchers at an old Neanderthal burial ground in France have determined that cavemen cared for their dead a lot more than previously believed, according to AFP.The study is based on digs around the skeleton of an elderly Neanderthal man with no teeth…