Home » News » Do Mirror Neurons Give Us Empathy? Interview with V.S. Ramachandran 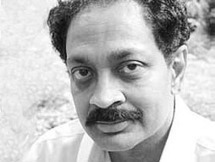 Did you ever have that sensation where you’re watching someone do something—serve a tennis ball, say, or get pricked by a needle—and you can just feel exactly what they must be feeling, as if you were in their shoes?

Scientists have long wondered why we get that feeling, and more than two decades ago, a team of Italian researchers thought they stumbled on an answer. While observing monkeys’ brains, they noticed that certain cells activated both when a monkey performed an action and when that monkey watched another monkey perform the same action. “Mirror neurons” were discovered.

Yale psychologist Paul Bloom will give a lecture “Against Empathy” at the College of the Holy Cross, Thursday, Sept. 24 at 4:30 p.m. in the Rehm Library. One of the Deitchman Family Lectures on Religion and Modernity, the talk is free and o…

Can you remember a time when you heard a baby cry, and suddenly a lot of other babies started crying? You may not have known it, but that was empathy.What is empathy?Empathy is when we try to understand someone’s feelings from their perspective, and th…

When you notice something about yourself that you don’t like or when you make a big mistake, it’s crucial to learn how to respond to yourself compassionately.The Self-Compassion Break is one of the most effective exercises that we teach in …

The act of making is not about creativity or innovation, but rather a challenge to empathize with the integrity of others. That other may be a character in a play, a fellow actor, a piece of wood, a dancer, or even your own body. We often think we know…