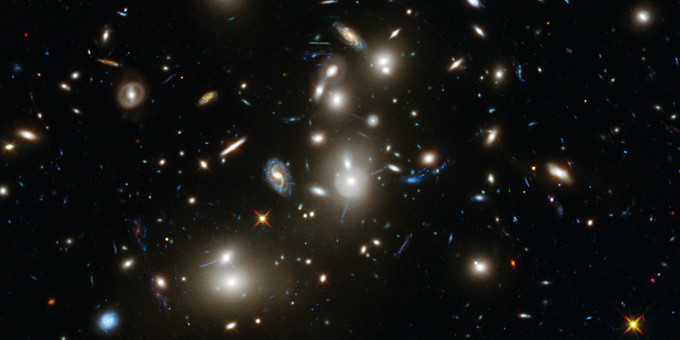 The Hubble Space Telescope has peered back to a chaotic time 13. 2 billion years ago when never-before-seen galaxies were tiny, bright blue and full of stars bursting to life all over the place.

Thanks to some complex physics tricks, NASA’s aging telescope is just starting to see the universe at its infancy in living color and detail.

Images released by NASA on Tuesday show galaxies that are 20 times fainter than those pictured before. They are from a new campaign to have the 23-year-old Hubble gaze much earlier and farther away than it was designed to see.

“I like to call it cosmic dawn,” Hubble astronomer Jennifer Lotz said at the American Astronomical Society convention in Washington. “It’s when the lights are coming on.”

It was a time when star formation was ramping up, and it was far more hectic than now.

“Imagine if you went back 500 million years after the Big Bang and looked around in the sky,” astronomer Garth Illingworth of the University of California Santa Cruz said. “Galaxies are closer. They’re smaller. They’re bright blue and they’re everywhere…They are probably blobby, small, nothing like our Milky Way.”

There were probably no metals at this time, no Earths, said Illingworth, who was on the scientific team using Hubble.

Most of the galaxies then were close to 1,000 times smaller than our Milky Way, but astronomers said they were surprised to discover a few brighter, bigger galaxies sparkling out there.

These first pictures showed nearly 3,000 galaxies. Astronomers are still trying to figure out which of those galaxies are ancient and which are more recent.

Because light travels nearly 6 trillion miles a year, as telescopes look farther from Earth they see earlier into the past.

While Hubble and other telescopes using different light wavelengths have seen this far back, this is the first complete set of photos in the visible light spectrum that the human eye sees.

To do this, Hubble is using one of Albert Einstein’s concepts that massive clusters of galaxies have such super gravity that they magnify and stretch light, Lotz said. By focusing on clusters, astronomers use them as natural binoculars to see what’s behind them.

The release of the images is significant and important, said Christopher Conselice, a professor at the University of Nottingham in England. Conselice was not part of the Hubble team.

“It’ll tell us about how the universe is forming and evolving,” Conselice said after the astronomers’ presentation. “I think they understated it. It could be a fundamental thing.”

Jim Manske’s insight:
And if that does not inspire awe…

How understanding helps make us all much safer. By Michael Ungar, Ph.D….   If we are to intervene to stop radicalization and the violence that follows, we might consider doing the following:   1) Get the full story. Understand the individu…

Expressing gratitude is a November tradition. By giving thanks, we help others feel appreciated and remind ourselves of how fortunate we are.   But if we want to promote a spirit of generosity, we need to add another custom to the Thanksgivin… 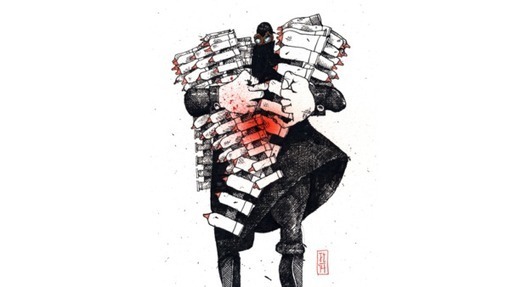 As the United States charges once more into war, little debate has centered on the actual utility of war. Instead, policymakers and pundits have focused their comments on combating the latest danger to our nation and its interests as posed by Islamic State militants.

Jim Manske’s insight:
Ever since childhood, the “utility” of war has puzzled me. It seemed to me that every war we studied in school eventually subsided into relative peace. I wondered, given that, why not go for the peace sooner rather than later…

Now, we have become conditioned to accept a constant war-footing…sending young men and women into harm’s way at great expense of individual and collective well-being…

In the world I want to live in, the military would be solely for implementing the protective use of force, and used only after all attempts at connection, understanding and mutuality have been exhausted.

Everything you need to know about The Art Of Negative Thinking: How Negativity Can Make You HappierJim Manske’s insight:All thoughts, perceptions, sensations and emotions are beacons to Life, the vital energy of universal needs! We will be on retreat …