‘So if we love someone, we should train in being able to listen. By listening with calm and understanding, we can ease the suffering of another person.’ ~Thich Nhat Hanh

While the idea of being more compassionate is appealing to many people, what stands in the way is that we get irritated by other people, often actually strongly disliking them.

How can you be compassionate with others when they irritate you, rub you the wrong way, make you angry?

It’s difficult. I have a hard time with this fairly often, so I’ve been studying it inside myself. What’s really amazing is how much we get in our own way.

My “self” is the thing that stands in the way of true compassion, I’ve been learning.

And my “self” is almost always putting itself in the center of the universe, demanding things, and becoming angry when it doesn’t get what it feels it deserves.

I’m really blown away by how much I think about myself, and how often I believe (without admitting it to myself) that I deserve to be treated a certain way, that others should act the way I want them to act.

Try monitoring those kinds of thoughts in your own head:

There are many other variations, but you get the idea. These are self-centered thoughts. I have them all the time — way more than I would have believed before I started monitoring them.

It’s natural for us to have these self-centered thoughts. When we are kids, we believe we’re the center of the universe. When we grow up, we mostly still believe this, and it’s probably a self-defense mechanism to create a universe where we’re at the center of it, entitled to what we want.

But it gets in the way of compassion. Let’s see what happens when we remove ourselves, get out of the way.

So empathy is incredibly important, but if we are thinking about ourselves first, and only ourselves, we can’t empathize.

So to empathize, we must get out of the way. Be self-less rather than selfish.

How do we do that?  Honestly, I’m still learning.

The first step for me has been to become aware of my selfish thinking. And it happens all the time.

The next step, when I recognize this selfish thinking, is to pause, and try to put my mind in the mind of the other person, to empathize, to try to understand what they’re going through. To feel their suffering, and then to want to end it.

And then ask, how can I end that suffering?

Get yourself out of the way, so that compassion becomes possible.

Jim Manske’s insight:
I like the reminder that my judgmental thinking is often veils empathic connection… 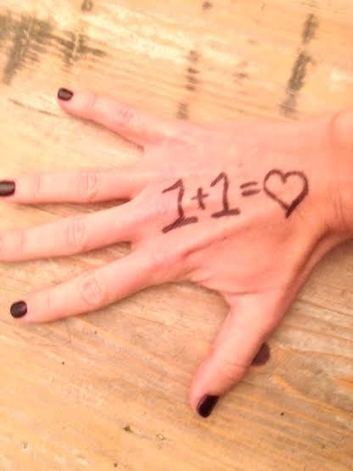 Every Friday afternoon Chase’s teacher asks her students to take out a piece of paper and write down the names of four children with whom they’d like to sit the following week. The children know that these requests may or may not be honored.

Jim Manske’s insight:
I’m touched reading this teacher’s strategies for cultivating connection and compassion in her classroom. Today, Jori and I will join a group of local educators to talk about how to integrate a “No-Fault” zone in their school, right here in our neighborhood!

When a child does something like ask if a person is feeling sick, or if they can help with a task that helps another, give them positive reinforcement. Praise them if they do an unselfish kind act, or they show signs of remorse.  Practice giving c…

Newly formed emotional memories can be erased from the human brain, according to new research.    ‘These findings may be a breakthrough in research on memory and fear. Ultimately the new findings may lead to improved treatment methods for the…

Here are some practices that build social fitness and social networks. Be brave, go forward, have fun, and make this the best time of your life. 1. Participate regularly in activities that you find meaningful and engaging. Don’t know wh…