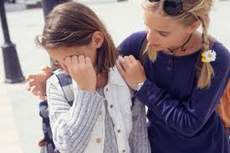 In an op-ed piece in The New York Times the other day, columnist David Brooks debunked the current “age of empathy” craze — or at least the claims that empathy makes a significant difference in how we behave toward one another. Though most of us (not all) experience feelings of compassion toward others, Brooks acknowledges, “The problem comes when we try to turn feelings into action…It’s not clear it actually motivates you to take moral action…It doesn’t seem to help much when that action comes at personal cost.”
Brooks cites a recent review of the scientific research by philosopher Jesse Prinz, who concluded that “These studies suggest that empathy is not a major player when it comes to moral motivation.” Brooks concurs and echoes the naysayers who have called empathy a “fragile flower” that can easily be crushed by self-concern. Brooks gives more weight to “a sense of duty” that is dictated by social, moral, religious, or military codes. He concludes that “empathy is a sideshow.” We need, instead, to debate, reform, enact and “revere” our ethical codes.

Well, it’s not quite that simple. The truth may lie in a more complex, and subtle, middle-ground. In the first place, you’ll note that the philosopher quoted by Brooks said only that the studies he reviewed “suggest” that empathy is a minor factor. That’s a classic “weasel word” for a finding that is far less than conclusive. In fact, there are other studies that suggest the opposite – that empathy is a significant causal factor in our social and moral behavior. A more nuanced interpretation is that empathy is necessary but may not be sufficient. There are many other factors influencing our social behavior as well.

Foster a positive self image to increase motivation and happiness.   To foster self-compassion, follow its three main tenants, self-kindness, common humanity and mindfulness. By taming your inner critic, you can improve your relationships, well-b…