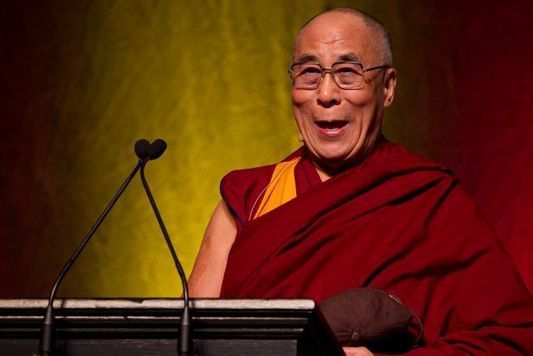 The Dalai Lama has called for a century of compassion and peace in which the gap between the rich and poor narrows and environmental stewardship is a priority.

The exiled Tibetan leader told a crowd of about 5,600 at the Rhode Island Convention Center on Wednesday that peace stems from happiness and that happiness stems from looking beyond yourself.
“We are part of humanity,” he said, adding of fellow global citizens: “Their problem is my problem. Their happiness is my happiness. We have to look to the interests of others.”

Theory of mind’ researchers find that reading serious fiction boosts one’s ability to understand others, a precursor of empathy. One thing that interests psychologists is the extent to which developing theory of mind is a precursor to the capacity…

This month’s session present the mentor Esteban Gonzalez who is a specialist for branding.Understanding the clients through their behavior is not obvious and sometimes we need to investigate how they act in order to be part in their lives. I…

Stress is the reason why we find it hard to empathise with someone we do not know, researchers suggest.In separate tests in mice and people, empathy towards strangers increased when stress hormones were blocked by a drug. Playing a fun video game …

Dr. Jon Caldwell, D.O., Ph.D., a staff psychiatrist with The Meadows trauma and addiction treatment center in Wickenburg, Arizona, will present his latest research on Mindfulness and Self-Compassion at the 12th Annual International Scientific Conferenc…