On a visit to Thimphu, the capital of Bhutan, I found myself sitting across from a man named Karma Ura, spilling my guts. Maybe it was the fact that he was named Karma, or the thin air, or the way travel melts my defences, but I decided to confess something very personal. Not that long before, seemingly out of the blue, I had experienced some disturbing symptoms: shortness of breath, dizziness, numbness in my hands and feet. At first, I feared I was having a heart attack, or going crazy. Maybe both. So I went to the doctor, who ran a series of tests and found…
“Nothing,” said Ura. Even before I could complete my sentence, he knew that my fears were unfounded. I was not dying, at least not as quickly as I feared. I was having a panic attack.
What I wanted to know was: why now – my life was going uncharacteristically well – and what could I do about it?
“You need to think about death for five minutes every day,” Ura replied. “It will cure you.”
“How?” I said, dumbfounded.
“It is this thing, this fear of death, this fear of dying before we have accomplished what we want or seen our children grow. This is what is troubling you.”
“But why would I want to think about something so depressing?”
“Rich people in the West, they have not touched dead bodies, fresh wounds, rotten things. This is a problem. This is the human condition. We have to be ready for the moment we cease to exist.”
Places, like people, have a way of surprising us, provided we are open to the possibility of surprise and not weighed down with preconceived notions. The Himalayan kingdom is best known for its innovative policy of Gross National Happiness; it’s a land where contentment supposedly reigns and sorrow is denied entry. Bhutan is indeed a special place (and Ura, director of the Centre for Bhutan Studies, a special person) but that specialness is more nuanced and, frankly, less sunny than the dreamy Shangri-La image we project onto it.
Actually, by suggesting I think about death once a day, Ura was going easy on me. In Bhutanese culture, one is expected to think about death five times a day. That would be remarkable for any nation, but especially for one so closely equated with happiness as Bhutan. Is this secretly a land of darkness and despair?
Not necessarily. Some recent research suggests that, by thinking about death so often, the Bhutanese may be on to something. In a 2007 study, University of Kentucky psychologists Nathan DeWall and Roy Baumesiter divided several dozen students into two groups. One group was told to think about a painful visit to the dentist while the other group was instructed to contemplate their own death. Both groups were then asked to complete stem words, such as “jo_”. The second group – the one that had been thinking about death – was far more likely to construct positive words, such as “joy”. This led the researchers to conclude that “death is a psychologically threatening fact, but when people contemplate it, apparently the automatic system begins to search for happy thoughts”.
None of this, I’m sure, would surprise Ura, or any other Bhutanese. They know that death is a part of life, whether we like it or not, and ignoring this essential truth comes with a heavy psychological cost.
Linda Leaming, author of the wonderful book A Field Guide to Happiness: What I Learned in Bhutan About Living, Loving and Waking Up¸ knows this too.“I realised thinking about death doesn’t depress me. It makes me seize the moment and see things I might not ordinarily see,” she wrote. “My best advice: go there. Think the unthinkable, the thing that scares you to think about several times a day.”
Unlike many of us in the West, the Bhutanese don’t sequester death. Death – and images of death – are everywhere, especially in Buddhist iconography where you’ll find colourful, gruesome illustrations. No one, not even children, is sheltered from these images, or from ritual dances re-enacting death.
Ritual provides a container for grief, and in Bhutan that container is large and communal. After someone dies, there’s a 49-day mourning period that involves elaborate, carefully orchestrated rituals. “It is better than any antidepressant,” Tshewang Dendup, a Bhutanese actor, told me. The Bhutanese might appear detached during this time. They are not. They are grieving through ritual.
Why such a different attitude toward death? One reason the Bhutanese think about death so often is that it is all around them. For a small nation, it offers many ways to die. You can meet your demise on the winding, treacherous roads. You can be mauled by a bear; eat poisonous mushrooms; or die of exposure.
Another explanation is the country’s deeply felt Buddhist beliefs, especially that of reincarnation. If you know you’ll get another shot at life, you’re less likely to fear the end of this particular one. As Buddhists say, you shouldn’t fear dying any more than you fear discarding old clothes.
Which isn’t to say, of course, that the Bhutanese don’t experience fear, or sadness. Of course they do. But, as Leaming told me, they don’t flee from these emotions. “We in the West want to fix it if we’re sad,” she said. “We fear sadness. It’s something to get over, medicate. In Bhutan there’s an acceptance. It’s a part of life.”
Ura’s lesson, meanwhile, stuck with me. I make it a point to think about death once a day. Unless I find myself especially stressed, or engulfed in an unexplained funk. Then I think about it twice a day.
Eric 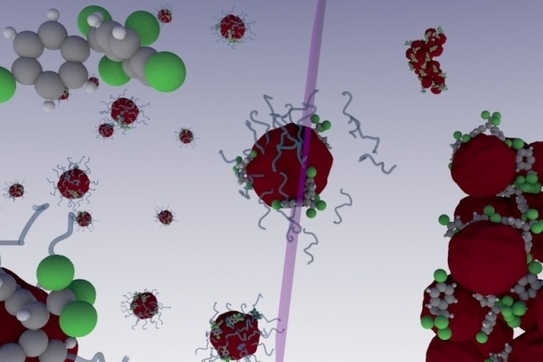 (EnviroNews World News) — An accidental discovery made by medical researches has yielded a “quick” and “easy” way to remove toxic chemicals from the environment MIT News has reported. In a paper published in Nature Communications, scientists from MIT and the Federal University of Goiás…

Jim Manske’s insight:
I love it when our “mistakes” lead to unexpected breakthroughs!

Gov. John Kitzhaber said he would halt a scheduled execution and allow no others during his time in office.   Governor Kitzhaber said his decision was rooted in policy and personal views. He noted he had taken an oath as a physician to “nev…