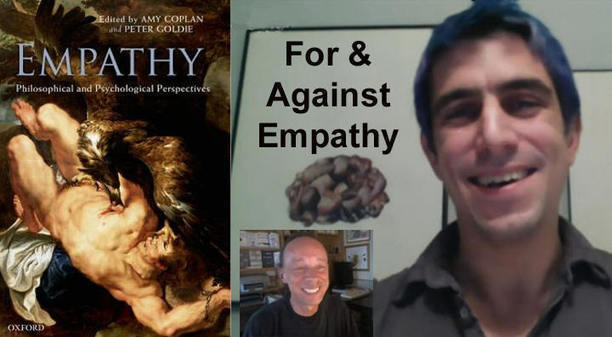 Jesse Prinz is Distinguished Professor at City University of New York, Graduate Center. He says “I work primarily in the philosophy of psychology, broadly construed. I am interested in how the mind works. I think philosophical accounts of the mental can be fruitfully informed by findings from psychology, the neurosciences, anthropology, and related fields. My theoretical convictions are unabashedly empiricist. I hope to resuscitate core claims of British Empiricism against the backdrop of contemporary philosophy of mind and cognitive science.”

How can we resuscitate empathy?Empathy cannot be taught; it can only be lived through. One critical path lies in the humanities, arts and natural sciences. Hence the immense value of reading. Through literature, history, etc., we get into the world and…

In June, after the Connecticut Council for Philanthropy’s annual meeting exploring “widespread empathy” I offered three ideas for bringing empathy into system focused work. A week into my tenure as VP of Policy and Communications (aft…

For those wondering about the educational value of empathy, it isn’t just a warm, fuzzy concept. Research has shown that empathy affects almost everything. It reduces prejudice, racism, and bullying; fights inequality; is good for health care; and impr…