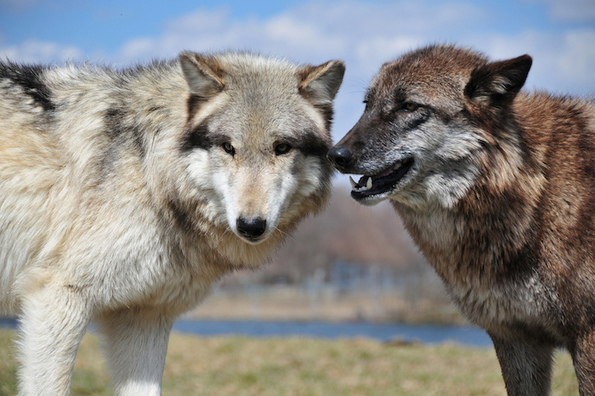 Could wolves feel empathy? A recent study published in the journal PLOS ONE shows that just like humans and other types of dogs, these creatures are also susceptible to yawn contagion.

With yawning contagion, scientists from the University of Tokyo, Japan, actually believe that these animals may be capable of understanding others in the pack.

Previous studies have shown that contagious yawning is experienced in domestic dogs who also witness their owners yawning.

However, up until now, scientists were uncertain of how the phenomenon rooted in the evolution of mammals or whether it evolved due to domestication.
For the

EMPATHY TRAININGThe way law enforcement deals with the mentally ill has come under scrutiny following a spate of officer-involved shootings across the nation. But Hulse said news reports miss the success stories between law enforcement and the public t…

What is Empathy and how do we promote it in our schools? How do students learn to be empathetically and can it be taught? What are we doing to ensure it is a value that all of our students hold strong to?..1) What is empathy?2) What does…

This week’s conversation is with Vineet Singal, Stanford Class of 2012. Singal was selected as 30 under 30 by Forbes Magazine. He is the Co-Founder and CEO of Anjna. Anjna is a nonprofit health technology company that focuses on utilizing mobile techno…