Home » News » Compassion: The Elixir of Life? — Science of the Spirit 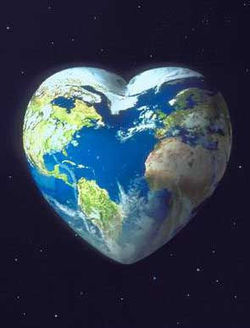 New research suggests that compassion might be able to slow the aging process. Gerontologists (scientists who research aging) probing into why we age have found that a major part of the effects of aging may actually be collateral damage in the body due to inflammation.

The anti-inflammatory properties of compassion have now begun to be studied. In a 2009 study, scientists at Emory University School of Medicine, trained 33 people in a Tibetan Buddhist compassion meditation, which involved the structured generation of feelings of compassion, and compared them with a group of 28 people who didn’t do the meditation. After six weeks those who did the most compassion meditation had much lower levels of inflammation than those who did the least or none at all. And if the theory that inflammation is related to aging is correct, then this research certainly tells us that compassion could slow the aging process.

I didn’t plan on writing about empathy this week. I got “hooked” while reading Nicholas Kristof’s compelling New York Times article, Where is the Love, over  “Thanksgiving” weekend and knew I needed to…

Looking closely at the work of Charles Dickens, George Eliot, Thomas Hardy, and James McNeill Whistler, Rebecca N. Mitchell reframes conventional considerations of Victorian empathy and argues that the recognition of alterity, and not identification, i…