Home » News » Compassion Can Be Exhibited By Elephants 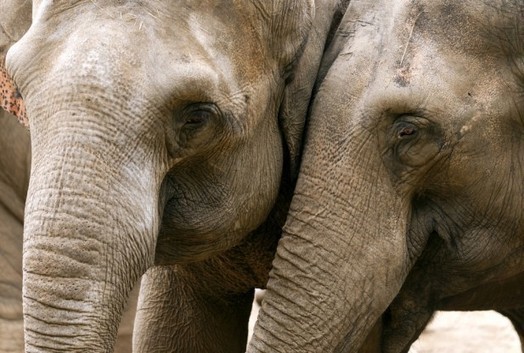 People often reflexively put their arm around someone else in distress and a new study from researchers at Emory University in the journal PeerJ has found that elephants also console each other in times of need.

something known as an
“emotional contagion”

The researchers noted that their study was limited by the fact that it was restricted to captive animals.

“This study is a first step,” Plotnik said. “I would like to see this consolation capacity demonstrated in wild populations as well.”

Jennifer Calise, chief marketing officer of fishbat, discusses the effects of empathy marketing on branding. “Having empathy for the customer allows companies to fine tune the brand experience and ultimately meet their needs in better ways. It’s natura…

”The secret of change is to focus all of your energy not on fighting the old but, on building the new.”- SocratesSee it on Scoop.it, via Empathy and Compassion

In a world of interaction and complexity — one that relies on collaboration for success and contribution — the stakes for every child mastering empathy have never been higher. Team-of-teams is a way of working that is highly interactive, an…

By creating some form of homeostasis within the AGI, Shanahan believes that the potential of AI can be realised without destroying civilisation as we know it.For an AGI to be able to understand the world in the same way as humans do it would involve ce…