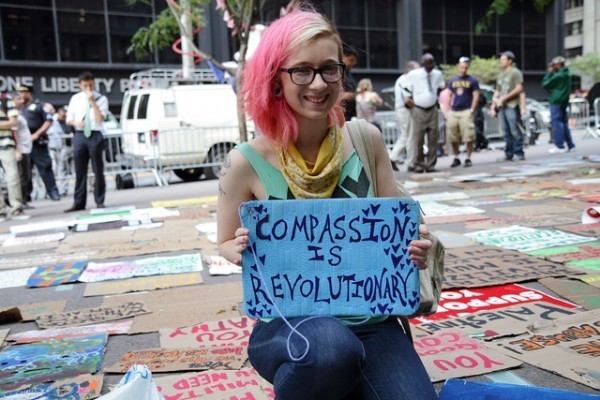 Neo-conservatives have been bashing compassion and (most recently) “empathy” for a couple of decades, so that’s one clue. (Their hostility to the ideal is a telling marker of their radical departure from the conservatism of Edmund Burke, and no less a figure than Adam Smith argued that compassion was the most important “moral sentiment” and essential if a capitalist society was to avoid descending into vicious self-destruction.)

I can’t cover all the philosophical and political issues here, but suffice it to say, in a society given over to greed and arrogance, compassion could be a revolutionary idea..

“Alternative practitioners tend to express empathy, to allow for unhurried silences and to ask what meaning patients make of their pain,” Johnson writes, and their clients feel better for it. “Suffering people reflexively seek care, but in mainstream m…

Usually the fear is around the damage that will be done to the other person if we speak our mind because “they might take it the wrong way.”Take heart… there is a way to deepen our relationships with others as we commit to greater ho…

But research led by the University of Iowa has found another reason for dehumanizing outcasts: emotional exhaustion. People are more likely to deny a homeless drug addict human qualities when they believe that helping the person would be too overwhelmi…

So I would plead with researchers to take great care when labeling the conclusions of this kind of research. Because if the researchers don’t keep in mind that people with autism may not understand the Sally-Anne story, or that autistic children may ha…