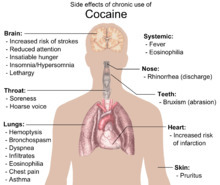 People who use cocaine get less enjoyment out of social interactions and have less empathy for others, a new study indicates.

After cannabis, cocaine is the most frequently used illegal drug worldwide, including throughout Europe. It is already known that chronic users of the drug are more likely to have problems with memory, attention and concentration.

Studies have also suggested that their social skills suffer. Researchers in Switzerland decided to look into this further. They found that people who use cocaine are less empathetic overall – they have problems seeing things from other people’s perspectives and even find it difficult recognising emotions in other people’s voices.

“We are in more urgent need of empathy than ever before.”This quote has been on my mind often over the past days, weeks, months, and sadly, years—as senseless acts of violence and hatred hit the headlines at a numbing pace o…

Patients seek empathy from their physicians. Medical educators increasingly recognize this need. Yet in seeking to make empathy a reliable professional skill, doctors change the meaning of the term. Outside the field of medicine, empathy is a mode of u…