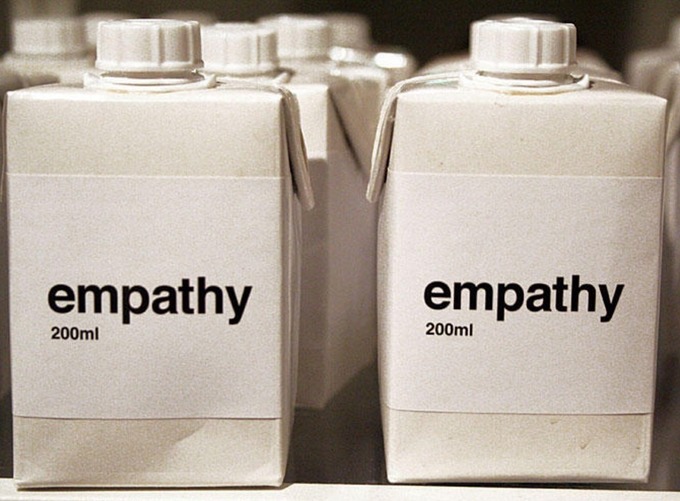 Researchers generally define empathy as the “ability to sense other people’s emotions, coupled with the ability to imagine what someone else might be thinking or feeling,” and it’s a skill that by the time we reach adulthood, we should be well versed in.

There are actually two types of empathy: “affective” empathy, which describes the sensations and feelings one has in response to other people’s emotions, and “cognitive” empathy or “perspective taking”, which describes the ability to identify and understand other people’s emotions. Humans experience affective empathy from infancy, as they physically sense their caregivers’ emotions and learn to mirror them (positively and negatively).

Cognitive empathy develops later on, at around three or four years old. To be clear: by the time we’re toddling, empathy is hard-wired into our brains. And it’s not just humans who learn empathy – numerous studies have shown that animals also feel empathy toward their peers, as primatologist Frans de Waal explains: “Our evolutionary history suggests a deep-rooted propensity for feeling the emotions of others.” If a monkey is able to actively empathise, then why do humans appear to be so bad at it?

But partly it’s a failure of empathy. I really do mean empathy, not sympathy. Conservative elites are aware that poor people exist and genuinely want them to become wealthier. They are just completely failing to put themselves in the shoes of the…

We’re in the midst of an empathy crisis. Studies of young adults show that, compared to 30 years ago, empathy has reduced by 40%….Advancements like virtual reality are being used to create new and exciting ways to engage audiences and…

Three-day jubilee commemorating the Dalai Lama’s 80th birthday kicks off Sunday with the Nobel Peace Prize winner lecturing on creativity and compassion before a sold-out crowd at Anaheim’s Honda Center.The Dalai Lama’s public talk, which will be …