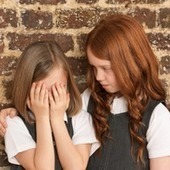 Empathy is often considered foundational to moral development. A lack of empathy interferes with  conscience development and promotes aggressive behavior.

This project aims to obtain pilot data on child maltreatment, empathy, and memory for federal and foundation grant applications.

Empathy plays an essential role in interpersonal relations, including in early attachment between primary caregivers and children, and caring for the well-being of others. A lack of empathy is a definitional feature of psychopathy (antisocial tendencies). A psychopathological lack of empathy is associated with callous disregard for the well-being of others, guiltlessness, and little appreciation of moral wrongdoing.

Former President George W. Bush called it “compassionate conservativism,” a combination of responsibility and results with the obligation to help those in need… Being driven by ideology rather than compassion will make it difficult f…

You can assume that your child wants and needs to emotionally connect with you on a regular basis. That is a developmental fact based upon solid research. Children need to feel understood and empathy is your most potent way of making that emotional con…

Empathy – Youth discuss walking in another’s shoesSee it on Scoop.it, via Empathy and Compassion