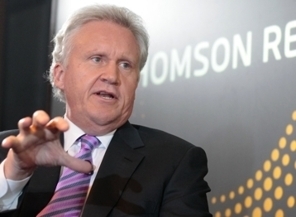 The head of General Electric says there’s good reason to sympathize with the movement’s economic frustrations.

A handful of financiers have broken ranks to support Occupy Wall Street, and some big business leaders are urging empathy as well. Take Jeff Immelt, CEO of General Electric, at a Thomson Reuters event on Monday. “Unemployment is 9.1 percent. Underemployment is much higher than that, particularly among young people that don’t have a college degree,” said Immelt, according to Reuters. “It is natural to assume that people are angry, and I think we have to be empathetic and understand that people are not feeling great.”

It’s reported that Ed Miliband is consulting a leading expert on autism to help him further understand the politics of empathy.The expert in question is Simon Baron-Cohen who is a Professor ofPsychopathology at the University of Ca…

Books are a great way to teach empathy to kids because the stories themselves allow us to see things from another perspective, to connect with others, and to learn that, as Dr. Seuss teaches us in Horton Hears a Who, “A person’s a…