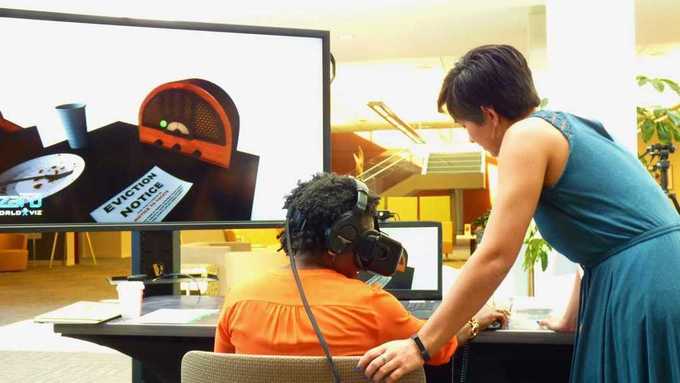 “We want to see if having this intense emotionally arousing experience could change the way you think and the way you act toward the homeless,” says Elise Ogle, project manager at Stanford University’s Virtual Human Interaction Lab, which designed this VR environment.

It’s one of a growing number of virtual reality worlds designed not for video gaming or entertainment, but rather to change human attitudes, and increase the user’s compassion and empathy.

The concept is based on the Atticus Finch philosophy that the best way to understand someone else is to slip into their skin, and then walk around for a bit.

Humans—and mice—are much more likely to feel empathy toward friends than strangers. New research finds that stress hormones are to blame, writes Robert M. Sapolsky.It’s rare to find individuals in whom stress brings out the best&mdash…

Anyone looking for someone to feel their pain should talk to a woman in her 50s or 60s, a new report shows. For according to the latest study of more than 75,000 adults, women in that age group are more empathic than men of the same age and than y…

Studies suggest that all of these skills can be taught or encouraged. For example, discussing the emotional content of stories has been shown to increase empathy in school-age children, as does getting children to practice imagining how other…