Home » News » Can the neuroscience of empathy help to solve a problem as intractable as the Israel-Palestine conflict? 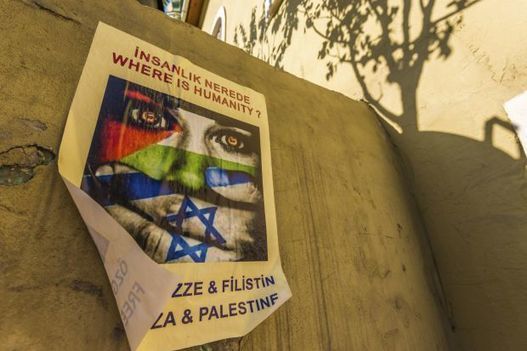 Can the neuroscience of empathy help to solve a problem as intractable as the Israel-Palestine conflict?

That is the question that was considered by academics who gathered at the British Academy in London on 7 and 8 March to discuss how insights from research might help the region to achieve peace.

Simone Shamay-Tsoory, a professor in the University of Haifa’s department of psychology, presented research showing that when groups are in conflict, they rate their own group as suffering more than outsiders in identical situations.

When Israeli Jews and Palestinians were shown a picture of a hand shut in a car bonnet, they rated this as being far more painful when told that the owner of the hand had a name from their own group, compared with the other group or Europeans, her research found.

Patricia (Tish) Jennings is Co-Leader of the “Program on Empathy Awareness and Compassion in Education (PEACE)” at Penn State University. “The PEACE area seeks to promote health and wellbeing in children, youth and families through the scientific under…

As usual, the limits of selective empathy, the rush to blame Muslims, and the exploitation of fear all instantly emerge There’s nothing wrong per se with paying more attention to tragedy and violence that happens relatively nearby and in fam…

Interested in exploring the idea of empathy from multiple perspectives, Phelps asked eight playwrights he admires and has worked with to write brief solo pieces on the question, “What does it mean to engage in an act of compassion?”“E…

Laura Zax is Editor of the StartEmpathy.org website. Start Empathy, an initiative of Ashoka, is a community of individuals and institutions dedicated to building a future in which every child masters empathy. Laura is also CEO & Co-Founder – The Ni…