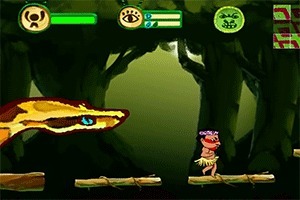 We’re in the midst of an empathy crisis. Studies of young adults show that, compared to 30 years ago, empathy has reduced by 40%.

Advancements like virtual reality are being used to create new and exciting ways to engage audiences and boost empathy, putting people in situations that were previously thousands of miles away (figuratively and literally).

The UN has effectively used this technique on more than one occasion. In two separate campaigns, it’s developed virtual reality films to literally immerse people in the lives of those less fortunate – Waves of Grace put people at the heart of the Ebola crisis, while Clouds Over Sidra follows the struggles of a Syrian girl in a Jordan refugee camp.

Ultimately, empathy is the ability to understand the world from the perspective of another – and what better way to do this than via VR, which can convey the senses of urgency and realism that traditional mediums simply can’t share.

Barack Obama’s decision to support gay marriage was a rare act of empathy in this presidential election.   ..the thing Obama does at his best: He listens. My oracle at Facebook tells me that many of us think that is also precisely the thing …

A cornerstone principle behind a human-centered approach to modern marketing is being empathetic to the goals of humans – in our case your users, customers, and buyers. Empathy will serve as the driving force behind the power of #H…

Joe Brummer, associate executive director of Community Mediation Inc., enlightened staff at a recent ITS Lunch & Learn about empathy and its place in the work environment. Joe discussed the financial and emotional costs when organizations lack empa…

The capacity of animals to empathise is of high potential relevance to the welfare of group-housed domestic animals. Emotional empathy is a multifaceted and multilayered phenomenon which ranges from relatively simple processes such as emotional matchin…