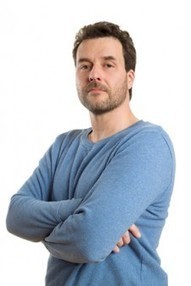 Their study, which is being published in the Personality and Social Psychology Bulletin, has shown that it may be possible.

One of the main hallmarks of narcissism is a lack of empathy for others. This has a negative effect on their personal relationships, social interaction, and social behaviors. In most cases, this is because their lack of empathy means that they are unconcerned with the effect their actions have on others.

For this study, researchers chose to focus on patients who exhibit subclinical narcissism. This diagnosis is given to patients who are psychologically healthy while still exhibiting some narcissistic traits. This form of narcissism is more common than narcissistic personality disorder.

To examine whether narcissists could be capable of empathizing with another person’s suffering, they asked study participants to read an excerpt describing the break up of a relationship. No matter how severe the hypothetical scenario was, high-narcissists did not show any empathy for the subject. This was true even in situations where the subject of the excerpt suffered overwhelming depression.

Researchers then asked study participants to take the perspective of the target person. For example, female participants were shown a short documentary that described another woman’s experience with domestic violence. The participants were asked to imagine feeling the emotions of the woman while watching the video. In this case, high-narcissists reported much higher empathy for the woman.

Finally, participants were tested to see if they could be moved physiologically as well as emotionally. In previous studies it has been noted that increases in heart rate indicate an empathic response.

Researchers found that while high-narcissists usually showed a significantly lower heart rate when exposed to another person’s distress, during the perspective-taking exercise they responded with the same level of increased heart rate as low-narcissists.

This indicates that it may be possible for narcissists to empathize with others in the correct circumstances. They key is encouraging them to consider the situations from another point of view.

Are you living with a narcissist?

If so, it is important to encourage him or her to adopt a different perspective before expecting empathy. Within his or her default point of view, empathy cannot flow. The challenge is how to get the narcissistic individual to adopt a new perspective.

Yet, you can help any self-centered individual to imagine another person in his or her mind’s eye. Then ask the subject to imagine becoming that other person, feeling what you imagine they are feeling. These kinds of direct interventions have been common in NLP training for decades.

If you cannot encourage your narcissistic partner to take a new perspective, but demand empathy anyway, then you can count on feeling dismissed or rejected. We learn from the above-mentioned study that consciously identifying with another person is the critical key to empathy.

And this is true for all of us. Many people identify with the perspective of others naturally. Narcissistic individuals do not do it at all. It’s a tool that they probably don’t even know they have.

About 250 years ago, Adam Smith famously described the way observers might feel watching a tightrope walker.  Even while standing on solid ground, our palms sweat and our hearts race as someone wobbles hundreds of feet in the air (you ca…

Reality and our perception of it are incommensurate to a far greater degree than is commonly believed.See it on Scoop.it, via Radical Compassion