Home » News » Can Narcissists Be Moved to Show Empathy? 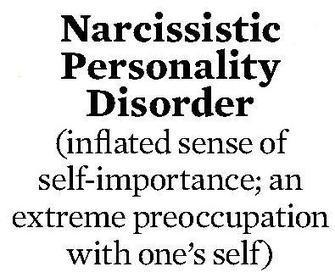 It has been well documented that narcissists lack empathy, but why is that the case, and do they have the capacity to change that behavior? The research is published in Personality and Social Psychology Bulletin.

When we think of narcissism most of us can all think of a colleague, friend, or former significant other that would fit the description; “A bit full of themselves, self-centered, and don’t seem too concerned about the effects they have on other people,” says lead researcher, Erica Hepper.
This lack of empathy has a detrimental effect
on interpersonal relationships,
social bonding  and
prosocial behavior.

The key to making this happen for those around us is EMPATHETIC RESPONDING!  The traditional definition of empathy is the ability to understand and share feelings. When we utilize empathetic responding, we are acknowledging what’s being told to us…

Often depicted as a feel-good emotion and “soft” skill, empathy can be a powerful secular force for social and political transformationEvacuation produced an unprecedented explosion of mass empathic understanding, by enabling rural people t…

The debate on Autism has traditionally centred to a large degree on Empathy. At the core of understanding of the was that suffers lacked empathy – there was a substantial amount of baggage that would come along with accepting a fact like that.The inter…