Home » News » Can Actors Help Teach Doctors How to Be More Empathetic? 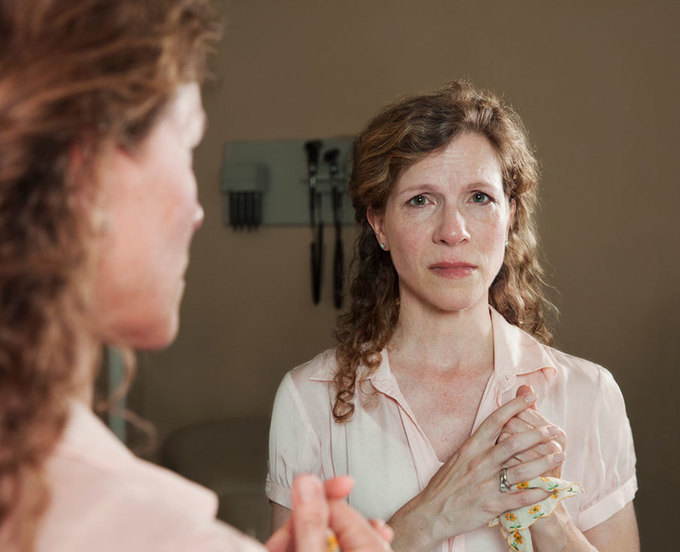 While doctors spend years in school learning how to properly treat patients, it’s medical actors, or “standardized patients,” who help teach them how to be

When Corinne May Botz learned about these actors, she became fascinated by the notion of “playing sick,” especially the ways in which it relates to the theater of medicine and early medical and psychiatric photography.

“I was sick a lot as a child and grew to hate doctors as a result,” she wrote via email. “So the concept of being paid to act sick and the fact that standardized patients give feedback to medical students struck me as empowering and pointed to agency and subjectivity of the patient.,…”

Botz considered questions that would frame the project, specifically whether students could learn empathy through the practice of medicine and whether art could teach viewers about empathy. Flaherty also plays both herself and an SP in an accompanying film Botz created for the project.

And empathy can be taught?Maybe the better way to say this is that empathy can be inspired. But it can also really be concretely discussed and I actually think storytelling is a tremendously powerful vehicle for this. So in my house with my boys (10 an…

Physician empathy is an essential attribute of the patient-physician relationship and is associated with better outcomes, greater patient safety and fewer malpractice claims. OBJECTIVE:We tested whether an innovative empathy training protocol grounded …

Recorded at the Insight Meditation Center in Redwood City, CA on April 6,2011.See it on Scoop.it, via Empathy and Compassion