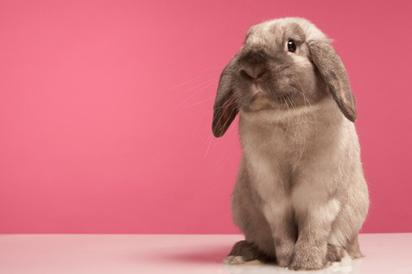 I shouldn’t give a hoot about how you feel — and you shouldn’t care about my feelings either. In a world in which survival and procreation are our greatest genetic imperatives, it has always paid to keep our eyes firmly focused on the prize — which is ourselves. But in a world in which we also depend for that survival (to say nothing of those procreative opportunities) on other people, we need a healthy dose of empathy too. For humans, that has always created behavioral tension.

More often than we realize, we find it hard to understand in any intuitive way the feelings other people are having when we’re feeling something different. You’re sick with a stomach bug and you can’t imagine how anyone else in your family could be hungry enough to sit down for dinner. You’re having a rollicking time at a party and you can’t understand why the person off to the side who seems sunk in gloom can’t just shake it off and join the fun. But when you’re the one sitting down to dinner or you’re the one at the fringe of a party, you are just as emotionally removed from people feeling the opposite way.

Perhaps not surprisingly, this discordance has a scientific name — egocentricity bias in the emotional domain (EEB) — and the study of it can reveal a lot about when we do and don’t rise above ourselves to understand the feelings of others. In a study just published in the Journal of Neuroscience, investigators not only located the precise spot in the brain that helps us overcome our EEB, but — remarkably — proved the point by figuring out a way to stimulate that spot artificially and dial empathy up or down.

The investigators — a multinational team from the International School for Advanced Studies (SISSA) in Trieste, Italy; the University of Vienna; the University of Zurich; and the Max Planck Institute in Leipzig, Germany — recruited 72 subjects, broke them down into pairs, and sat them in front of computer screens out of each other’s sight. All of the volunteers were shown a pair of pictures. The picture on the left was the one they were supposed to focus on; the one on the right revealed the image their partners were supposed to be focusing on. Sometimes, both pictures were pleasant: a swan, a bunny, a rose, a cotton ball. Sometimes they were both unpleasant: a cow tongue, a stinkbug, liver, maggots. Sometimes one person got a nice one and the other got a nasty one.

At the same time the subjects were focusing on their picture (while at least peripherally seeing the other person’s), they also slipped one hand into a box and were given something to touch that corresponded to image they had been assigned — toy worms for the maggots, toy slime for the liver, synthetic fur for the bunny, a feather for the swan. When they were done, they were told to rate how bad or good they felt, from a low of –10, up through 0, to a high of +10. They were also told to rate how they believed their partner felt.

Consistently, when the paired images were concordant — both pleasant or both unpleasant — the subjects did a good job of intuiting their partner’s feelings. When the images were discordant, however — one good or one bad — they tended to misfire. Someone who had seen maggots would lowball how snuggly a partner who had seen the bunny felt; the person who had seen the bunny, meanwhile, would underestimate the level of disgust the partner who saw the maggots was experiencing.

O.K., so it’s hard to feel vicariously cuddly when you’re feeling personally revolted. The research proved that unsurprising  premise. In other trials, however, the investigators went further, running the same experiments, but this time scanning the subjects’ brains with functional magnetic resonance imaging (fMRI). In general, they found that when people were asked to judge discordant feelings — I feel pleasant, you probably don’t — there was a spike of activity in a region known as the right supramarginal gyrus (rSMG), located near the middle of the brain, just aft of center. When they were judging concordant feelings, the rSMG stayed quieter

That told the scientists where the empathic error was playing out, but it didn’t tell them how it was working: Did activity in the rSMG cause the egocentric bias, or was it trying to suppress it? In other words, if the rSMG stayed quiet, would our empathic skills be better or even worse?

To answer that final question, the investigators actually did hush the rSMG. Using transcranial magnetic stimulation — a noninvasive scalp instrument that delivers low bursts of magnetism to targeted spots in the brain — they could fleetingly reduce rSMG activity, and when they did, the subjects indeed performed worse on the tests, resulting in what the researchers called “a substantial increase” in ecocentric bias. “The results of our study,” said SISSA neuroscientist Georgia Silani, in a release that accompanied the paper, “show for the first time the physiological markers of highly adaptive social mechanisms, such as the ability to suppress our own emotional states in order to correctly evaluate those of others.”

But there was a wrinkle in the study — and an encouraging one, at least in terms of the potential for human empathy. It turned out that it wasn’t magnetic intervention alone that could make the subjects less aware of their partners’ feelings. Reducing the time they were exposed to the images and the tactile stimuli and rushing them to guess about their partner’s emotions did too. The more time and attention they could devote to thinking empathically, the more sensitive they became. That’s good news for the rest of us. In an everyday world in which we are free to make such an extra interpersonal effort without a handful of slime or a screenful of maggots getting in the way, greater empathy should come more easily still.

Jim Manske’s insight:
Here’s my take away: "The more time and attention they could devote to thinking empathically, the more sensitive they became. " This goes to the power of both intention (to connect in the service of compassionate giving and receiving) and attention (in the present moment)…

The pages of psychology’s journals are filled with sorry tales of people’s intolerance and prejudice towards one another. Against this darkness, Sam McFarland and his colleagues urge us not to forget the brighter stories – the heroes of the past who pu…

While the image of the stressed-out executive or the politician under pressure has been firmly planted in the American mind, research increasingly suggests that it’s actually people lower down on the social scale — not those in leadership positi…

In this age of innovation, even more important than being an effective problem solver, is being a problem finder.   It’s one thing to look at a problem and be able to generate a solution; it is another thing to be able to look at an ambiguo…