Home » News » Botox and the Art of Empathetic Design in UXD 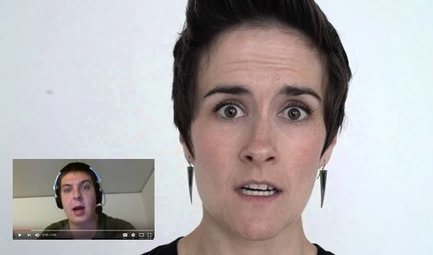 In a 2011 study for Social Psychological & Personality Science Journal, test subjects were asked to view a series of faces and then describe what emotion they saw in each face. The idea was to test their ability to imagine what another human is feeling – the characteristic we call empathy.

Although results naturally varied from person to person, most people showed good skill at correctly identifying the facial expression they saw.

The interesting part came when analyzing the video recording of each user test. High-speed cameras revealed that, before answering, each test user momentarily copied the expression they saw in the photo. These so-called ‘microexpressions‘ were completely involuntary, unconscious and often barely perceptible to the naked eye, but seemed to help the subject make sense what they were seeing. The obvious question: what would happen if we blocked these microexpressions?

These issues aside, the new results are consistent with, and add to, past research that’s shown people’s neural empathic responses are diminished when witnessing pain endured by someone they dislike, or someone from a different social group…

While the Rio Games won’t end world poverty, President Obama sees value in the Olympic games, as it “builds a sense of empathy” to the world.See it on Scoop.it, via Empathy and Compassion

There is also no need to call people animals either.  But as a city, we need to truly understand and have empathy on why this happens in our cities.   And as a city, I don’t think we have empathy for our fellow citizens. Inste…

Researchers created a questionnaire to investigate how expressive actions used to communicate to other people correlate to ability to understand emotions of others.Study revealed that there is a direct connection – more expressive people tend to …