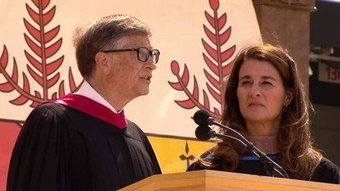 It might have been pure coincidence, but last month, Bill Drayton, speaking at Toronto’s MaRS Discovery District and Bill Gates at Stanford University in California, made separate cases for why empathy is so important to the social change movement.

Before I zoom in on the specifics of what Drayton and Gates said, here’s a bit of background. The term ethical empathy has its roots in philosophy, the premise being that without the capacity for empathy, individuals may inadvertently harm others. In the healthcare field, the concept has been utilized in the training of physicians for some time, the focus being on developing doctors with a high capacity for empathy, ensuring they put themselves in their patients’ shoes when making critical health decisions and ultimately providing the best care possible.

By DANIEL AKSTThe new paper describes one study in which more than 4,000 volunteers were tested for empathy and then asked to rate 50 pieces of music. Those who scored high on empathy tended to prefer “mellow” music, such as R&B an…