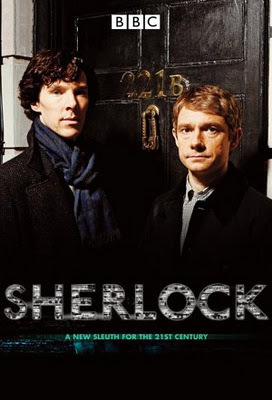 As awareness of autism spectrum disorders, such as Asperger’s syndrome, in adults increases, characters with autistic traits are becoming increasingly common in television and other media. Temperance Brennan of Bones and Sheldon of Big Bang Theory exemplify this phenomenon, as does Sherlock from the BBC show of the same name….

Descriptions of both autistic and sociopathic people as “lacking empathy” also contribute to popular confusion between autism and sociopathy. Most discussion about empathy among laypeople, and some even among mental health professionals, fails to distinguish between emotional empathy and cognitive empathy. Emotional empathy, which is what most people mean by “empathy”, involves an emotional, sympathetic response to another’s feelings in which one feels some of the emotion the other person feels…

People with extremely sunny attitudes find it difficult to empathize with people who are recounting a negative experience, according to a study recently published at PLOS ONE. Ironically, positive people also reported being better at empathizing than d…

While it is well established that individuals with psychopathy have a marked deficit in affective arousal, emotional empathy, and caring for the well-being of others, the extent to which perspective taking can elicit an emotional response has not yet b…

Empathy is the capacity to enter into the hidden desires and unspoken needs and pains of people who are not from your tribe. It allows us to take seriously what might it be like to be someone else. Empathy is also a crucial factor in the grow…