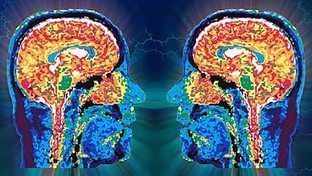 By Sarah Woods. A love story told using the science of mirror neurons.

Anja and Rhys’s love story is told from a neurological perspective, by neuroscientist Christian Keysers. It’s the story of two individuals whose brains begin to ‘mirror’ each other as they gradually fall in love. As Christian says it’s “…not so much an exchange of information as two brains becoming one.”

Author of ‘The Empathic Brain’, Christian is Head of the Social Brain Lab at the Netherlands Institute for Neurosciences. He seeks to understand how, as social animals, our brains mirror those of other people, so that understanding others is not an effort of explicit thought but an intuitive sharing of emotions, sensations and actions.

Neuroscience suggests that the classic dramatic arc can change our brains and spur us to action. Kirby Ferguson, Paul Zak6 MINUTESSee it on Scoop.it, via Empathy and Compassion

Learning Objectives: At the end of this activity, you will be able to:Discuss the importance of empathy and open communication in the patient-provider relationship.Demonstrate how to make empathetic statements.Explain how providers can elicit patient p…