Surveys show that people have less empathy for battered human adults than they do dogs, according to a paper at the American Sociological Association.

“Unlike survey research, experiments usually employ a homogenous sample in order to establish a cause and effect relationship rather than to generalize a large population,” Levin said. “However, there is really no reason to believe that our results would differ very much nationally, particularly among college students.”

Levin thinks the findings would be similar for cats as well. “Dogs and cats are family pets,” he said. “These are animals to which many individuals attribute human characteristics.”

Atkins and a small team of scientists in California and Utah have developed software that recognizes words and vocal qualities. The vocal data is run through algorithms to infer, for instance, whether a counseling session was empathic.The first fi… 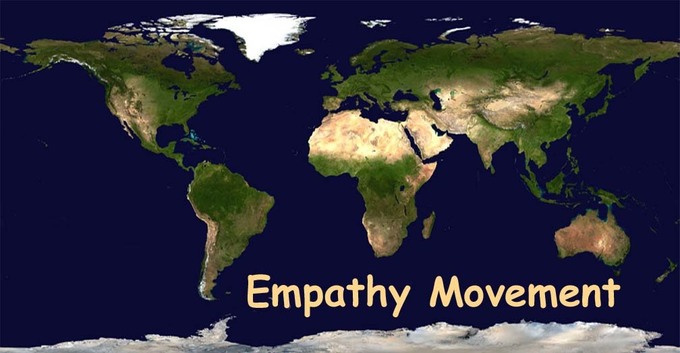 In the last decade, the phenomenon of empathy has received widespread attention by the field of social neuroscience. This has provided fresh insights for theoretical models of empathy, and substantially influenced the academic and public conceptions about this complex social skill.

The present paper highlights three key issues which are often linked to empathy, but which at the same time might obscure our understanding of it.

The aim of our review is to provide the basis for critically evaluating our current understanding of empathy, and its public reception, and to inspire new research directions.

Students at two schools in the Los Angeles Unified School District take part in classroom discussions aimed at building trust, support, and empathy.See it on Scoop.it, via Empathy and Compassion