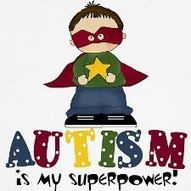 The gene playing a potential role in autism also helps in determining empathy quotient in people.

A recent study reveals that autism patients are more likely to carry specific sequence variations of a particular gene. Interestingly, the same gene is also linked to empathy quotient in the general public, the researchers claim.

The variations in the gene are possible indicators of Asperger Syndrome, an autism spectrum disorder.

The study was conducted by researchers at Autism Research Centre in Cambridge University and was led by Professor Baron-Cohen. The researchers looked for the sequence variations called single nucleotide polymorphisms or SNPs in the gene GABRB3. GABRB3 is the key gene that regulates the functioning of a neurotransmitter, gamma-aminobutyric acid, which contains a number of SNPs that vary with population. The gene GABRB3 is a potential indicator of Asperger Syndrome

This week the world’s first Empathy Museum is opening in London. I have to admit that when I first learned of this, I had to wonder. Do we need to put empathy in a museum to preserve it? Like an ancient artifact, is empathy so rare that we have t…

Ira Liss co-founded and currently runs AOK, a “social game for social good” played online, on iOS and Android mobile devices and out in the real world. AOK converts player engagement into charitable donations, and offers virtual and real re…

Empathy’s useful, done right — like a voltmeter for relationships By Marsha Lucas, Ph.D….   In the scheme of “rewiring your brain for love,” one of the benefits of mindfulness practice when it comes to relationships could be thought of as acqu…

This talk was given at a local TEDx event, produced independently of the TED Conferences. In this thought provoking talk, Kathleen Macferran explores the power of listening to open doors and potentially to transform people.’The quality of listening is …