Home » News » Are You Just Fighting or Engaging in “Conscious Combat”? – Linda and Charlie Bloom 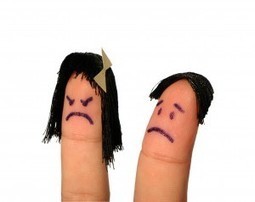 The factor that is most likely to predispose a couple to have an enduring successful relationship is:

If you chose “C,” congratulations. You’re one of a minority of people who recognize the necessity, even in the best of relationships to have highly developed conflict management skills. All too many couples, especially those whose relationship has been characterized, particularly in the early stages, by strong feelings of mutual affection, can’t imagine how such a need could ever arise. In the early stages of infatuation, (literally meaning “a state of delusion”) it can seem unlikely even impossible that the need to learn how to engage in responsible arguing or “conscious combat” could ever even arise between two people who are so much in love.

As those of us who are veterans in the arena of relationships have come to learn, even relationships that begin in heaven, can and often do, in time expose shadowy aspects of each partner. As these aspects are gradually illuminated, we are challenged to deal with own and each other’s less than ideal qualities with skill, compassion, and tolerance. The cultivation of the open-heartedness that great relationships require as St.Francis reminds us is “a cup of understanding, a barrel of love, and an ocean of patience.”

The belief or expectation that “good” couples don’t or shouldn’t fight prevents us from admitting to each other (or even to ourselves) that we may need to learn to manage our differences more skillfully and perhaps make some changes in the process. Since change can and usually does involve stepping into the unknown and being at risk of losing something, there is a pretty high likelihood that there will be some resistance to taking this step.

The alternative to doing so is to deny, avoid, or bury unresolved differences, which inevitably does damage to the foundation and trust level, of the relationship. It also diminishes the capacity for intimacy that is available in the relationship. Unaddressed differences and emotional “incompletions” inevitably diminish the quality of a couple’s connection by eroding feelings of affection to the point where nothing but resentment apathy, and bitterness exist between them. Divorce or worse (a continuation of a dead relationship) is likely to follow.

The renowned marriage researcher John Gottman has studied thousands of couples in his Seattle “Love Lab” and found that these categories of couples that he observed: “validating, volatile and avoidant” it was the third group, the avoiders, who were most at risk of having unsuccessful marriages. Their failure to address issues that could be potentially divisive created an unintended self-fulfilling prophecy by causing the neglected differences to deteriorate and erode what Gottman refers as the “fondness and affection system”.

While volatile couples may experienc3e intense interchanges that can at times be painful to one or both of them, addressing a difference directly, even somewhat unskillfully is far better than avoiding the acknowledgment of differences altogether. Not surprisingly Gottman found that the validating couples were the most successful in sustaining long-term relationships with each other. Yet even they had their share of differences that needed to be addressed. The many differences between this group and the others is that they not only were willing to acknowledge and confront issues when they arose between them, but they addressed them with a high level of skill and were able to resolve differences (or in some cases learn to live with irreconcilable differences) efficiently and effectively.

These couples don’t generally come into their relationships with previously developed conflict management skills. What they do bring into their relationship is a willingness to learn, an openness towards each other’s feelings and concerns, and a commitment to bring a high level of honesty, respect, and integrity to their relationship. This intention is born out of an appreciation not only of each person’s partner, but of the intrinsic value of the relationship itself. This appreciation creates a mutual sense of  “enlightened self-interest” in which each partner is motivated by a desire to enhance the well being of the other in the recognition that in doing so they are enhancing their own well being in the process.

As couples embody these intentions they become less attached to their preferences and less inclined to willfully dominate each other, Differences don’t disappear; they simply become less problematic and less significant. When these couples find themselves in conflict, and they do from time to time, their interactions while passionate, are likely to be less destructive and often produce positive outcomes that enhance their relationship. This form of conflict management or “conscious combat” typically involves the following guidelines:

-A willingness to acknowledge that a difference exists within the relationship and to identify the nature of that difference.

-A stated intention on the part of both partners to work towards a mutually satisfying resolution to the problem.

-A willingness to listen openly and non-defensively to each partner as they declare their concerns, requests, and desires.

-No interruptions or “corrections” ‘until the speaker is finished.

-A desire on the part of both partners to understand what needs to happen in order for the each person to experience satisfaction with the outcome.

-A commitment to speak without blame, judgment or criticism focusing exclusively on one’s own experience, needs and concerns.

This process can be repeated until each partner feels that a satisfactory degree of understanding and/or agreement has occurred and there is a feeling of at least temporary completion shared by both partners. Prior to responding, it’s helpful for each to restate or paraphrase what they heard their partner say as may times as it takes to affirm a clear and mutual understanding of each other’s feelings needs and concerns.

Completion does not infer that the matter is now settled permanently, once and for all, but rather that an impasse has been broken, a negative pattern has been interrupted, or sufficient tension in the relationship has been lowered to allow for an appreciation and understanding of each partner’s perspective. The expectation that differences “should” be completely resolved after a single interaction can set couples up for frustration which often serves to intensify feelings of blame, shame, and resentment which tend to amplify the impasse.

In addition to patience, other qualities that enhance conscious combat are vulnerability, honesty, compassion, commitment, acceptance, courage, generosity of spirit, and self-restraint. While few of us come into relationships with these traits fully developed, committed partnerships provide an ideal setting to practice and strengthen them. The process can be demanding, but given the benefits and rewards, well worth the effort. See for yourself.

How can you better remember that perfect day with your family? Psychologist and author Charles Fernyhough on the tricks and limitations of human memory.Jim Manske’s insight:Some clues here for savoring.See it on Scoop.it, via Radical Compassion

What happens when you take a 2.4-meter telescope, launch it into space, and command it to stare at one spot in the sky for a solid 14 hours, taking data both in visible light (like our eyes see) and infrared? This. This. Can I get a “Yowza!&rdqu…

“It’s the movies that have really been running things in American ever since they were invented. They show you what to do, how to do it, when to do it, and how to feel about it.” – Andy Warhol   Even if this fairly dramatic…

When crime rates began to drop across the U.S. during the 1990s, city officials and criminologists were thrilled—but baffled. Violent acts, most often committed by young adults, had reached an all-time high at the start of the decade, and there w…