Home » News » Are Apes as Empathetic as Humans? | The Scientist Magazine® 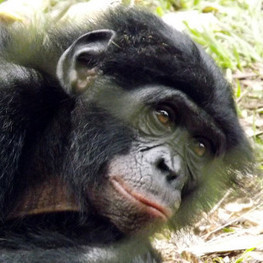 In the absence of complex emotional bonds, humans and bonobos show similar empathy, according to a study.

Contagious yawning has long been linked to empathy: humans and apes yawn more in response to the yawns of their kin and friends.

Now, scientists studying yawn contagion have shown that humans may not always be the most empathetic species. Their results, published today (August 12) in PeerJ, show that humans yawn more than bonobos only when close family and friends trigger the yawns. In the presence of mere acquaintances, however, humans and bonobos showed similar yawn sensitivity.

“It seems that the basal level of empathetic capacity is the same in the two species,”

Bullying is fast becoming the celebrity cause du jour. …  Building an anti-bully, on the other hand, means fostering empathy and compassion among young children, to also increase the likelihood that they will stand up to bullies or stand up for …

Do you use self criticism to motivate yourself? Many people do, but self criticism is damaging. Self compassion boosts your productivity & wellbeing.   Many people have a strong inner critic, the internal voice that points out every perceived …

Supporting the 900+ million people who use Facebook is a big challenge and we have found that understanding the science of how people relate is essential in building tools that help people.   Over the last six months we’ve partnered with great res…