Home » News » Anthropology, Empathy and the Other Regarding Emotions 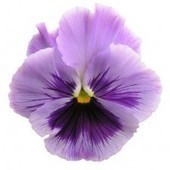 In the worlds of counselling, education and social work, empathy is experiencing a mini boom. Brown’s video is only a snippet of the empathy industrial complex. Ok, that is gratuitous use of ‘industrial complex’, but hear me out. A good philosopher/friend of mine recently took a job with a non-profit that purports to bring lessons in empathy to schoolchildren across Canada and increasingly around the world. The program rests on the premise that developing empathy is a universal human trait, which reduces conflict. Indeed, the program is typically promoted in terms of its self-identified power as a “universal preventative intervention.”

However, it gained international attention when, following the London riots, Cameron’s Tory government responded by stating that rioting was a result of a “lack of empathy”. He quickly moved to introduce a pilot version of the empathy curriculum in the city’s “troubled” neighbourhoods.

Research details a number of ways in which the brain actually improves with age. And what’s even more interesting is that many of these advanced abilities correlate with key conceptual elements of innovation and creativity. This is particularly true fo…

What separates a social business from a “regular” business? The truth is, identifying a social businesses and separating those traits from less socialSee it on Scoop.it, via Empathy and Compassion

Meetings on compassion while the world watches Aurora…   I’m in Telluride Colorado, where I attended stellar scientific meetings, held by The Center for Compassion and Altruism Research and Education, Stanford U., while the nation has bee…

I am in the midst of a long-term project to document instances when empathy has flowered on a mass scale and shifted the course of human history. While empathy has periodically collapsed on a collective scale – just think of colonialism in Latin …